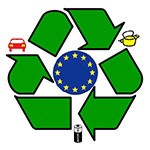 December has seen the launch of the European Commission’s Circular Economy package of future legislative measures. This is heralded as improving European employment, helping the environment, aiding consumers and making the EU more competitive on the world stage.

A main driver for the proposals is the loss of potential secondary raw materials. According to the European Commission, in 2013 some 1.6 billion tons of waste were not reused or recycled; 31% of municipal waste went to landfill; and 26% was incinerated. But these are averages – six Member States sent less than 3% of their municipal waste to landfill while for 18 others it was more than 50%, with some as high as 90%.

So the mainstay of this package is a major overhaul of waste legislation. There are proposed amending Directives that will revise the existing Waste Framework, WEEE, batteries and end-of-life vehicles Directives. The Commission also plan to give themselves more powers in these matters through the authority to create Delegated and Implementing Acts.

Not content with concentrating on the end of a product’s life, there are also plans to use Ecodesign legislation to address a range of environmental impacts, including making products last longer. Of course we all want durable electrical products, but one of the key achievements of the Ecodesign and Energy Labelling Directives has been to drive down energy usage. So there is obviously a balance between extending the life of an old, less energy efficient, product and creating new, more energy efficient products (while of course recycling materials to the highest standards that are economically feasible).

Just when you thought the WEEE Regulations were getting simpler…