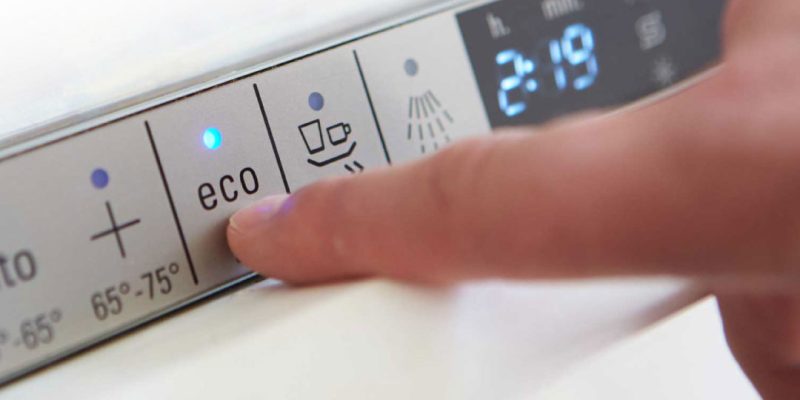 According to a new survey carried out by AMDEA, Brits value their appliances and want to do the right thing for the future of the planet but are still shaky on the facts and how the two connect.

Almost three quarters (74%) of people believe sustainability means ensuring new products they buy are made using carbon neutral processes. Yet nearly two thirds (61%) of homeowners are indifferent to a manufacturer’s environmental credentials when making a purchase, according to the research.

To help put people in the picture, AMDEA has launched a new Sustainability section on its website, which will explain to householders the environmental considerations that lie behind each phase in the life cycle of their fridge or washing machine. The content aims, over time, to clarify how essential appliances fit in with the evolving circular economy, their potential contribution to the 1.5C climate target and the net-zero home.

“For people to make the right choices now and for the future, they need to understand how their buying choices will affect our planet. Throughout their operations, appliance manufacturers are striving for carbon neutrality, making great advances towards sustainability, and we think it will help householders to know more about this to make informed choices,” said AMDEA chief executive, Paul Hide.

According to the survey, 80% of homeowners would not give up their washing machine, even to save the planet, rating it higher in importance than their central heating (79%) or their car (61.5%).

Householders are unaware of the strides made by the industry towards sustainability. Just under half (48%) believe manufacturers have made some progress, 31% do not think they have made much or any at all and the remaining 20% don’t know or are unaware the information is available.

The new Sustainability section on AMDEA’s website puts into context the advances made using a ‘circular economy’ navigation.  By clicking on each phase of an appliance’s life cycle, visitors can find out more about progress towards carbon neutrality. These phases include:

Over two thirds of homeowners (67%) claim to be much or moderately more likely to buy an appliance made of some recycled materials. However, even though nearly 40% do consider a manufacturer’s position on the environment before making a purchase, knowledge of the substantial reduction in critical resources used during manufacture was very low. Nine out of ten significantly underestimated water reduction, which has come down by 61% over the past decade, in large part due to the reprocessing of water used in production.

More surprisingly, knowledge that the energy efficiency of the average fridge has nearly halved (40%) over the past decade was underestimated by three out of four respondents, even though this impacts on their energy bills. To put this eco-saving in context, practically all of our 28 million homes are running one, or more, fridge or fridge-freezer.

Most respondents (51%) wrongly thought local councils fund the recycling of appliances when disposed of, and almost 70% were unaware it is the industry itself which pays for recycling through the Waste Electrical and Electronic Equipment (WEEE) scheme.

Yet some highly publicised environmental concerns do hit home. Belief in the repurposing of plastic bottles is extremely high and 80% of householders correctly believe that plastic bottles are being used to make some new appliances. Knowledge of other alternatives with which manufacturers are trying to reduce reliance on new oil-based plastics was, on the other hand, much lower.

Less than half (45.3%) were familiar with using plastics derived from corn starch or sugar cane and under a third believed that one manufacturer was repurposing fishing nets.

Further findings of the survey included:

For more on sustainability, visit the new AMDEA microsite here.