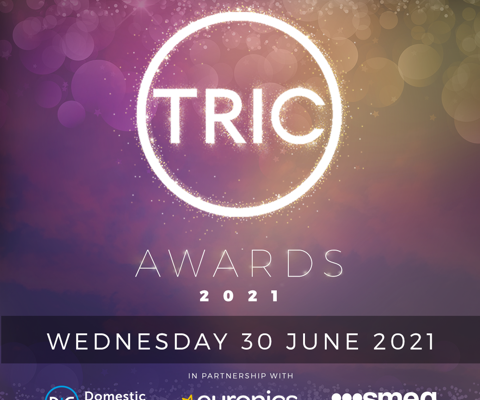 This year’s TRIC (The Television and Radio Industries Club) Awards will take place on Wednesday June 30 in central London, at 8 Northumberland Avenue – it’s all change, with a new format and venue for the event. TV presenter Alison Hammond will host the exclusive in-person ceremony.

Streamed to a mass audience, the event will be featured in print, online and broadcast press. Organisers have secured media partnerships with OK!, Reach publications and trade title ERT.

This year TRIC will be celebrating 52 years of the TRIC Awards. The event will recognise the very best TV, radio and podcast shows, and the nation’s most loved stars and talent from 2020.

Commenting on this year’s event, TRIC chair, Jane Ostler, said:“The past year has been challenging for all sorts of organisations, but with TRIC being an events-based one, it’s been even more of a challenge. We’ve had to be creative about it and seek new partnerships, but it’s also given us the potential for new types of sponsors, as we’ve refreshed some of the awards categories to include streaming services.”

She added: “As some of the lockdown restrictions have been lifted, we’ve felt more confident in arranging an event. We started off by looking at a streamed-only event and also an in-person one, with lots of attendees, like we normally have, and we looked at a hybrid version of the two.

“Given the situation that we are now in – lockdown conditions are planned to ease towards the end of the June – we felt that holding a hybrid event, with celebrities and guests there in person, but also having it streamed, was the best way forward.”

Sponsors signed-up so far this year’s TRIC Awards are Domestic & General, Smeg and Euronics. “We are looking for more,” said Ms Ostler. “We’re ever so keen to see retailers get involved – either as corporate partners, or sponsors – or both. The exposure they’ll get is enormous. We’d like them to be involved on a long-term basis rather than a one-off basis – we’re already planning our Christmas event, which will be even bigger.”

She added: “We’re optimistic that a celebration of the industry is highly relevant for every part of the market. There’s also a lot of keenness for the awards voting. All the celebrities and the production teams behind the programmes who are up for awards seem to be very motivated and excited about it. There’s also a large group of people who just can’t wait to dress up and go out again!

“The venue is a beautiful space, which has a grandeur about it – it suits the style and tone of TRIC events, which are lovely and friendly, and held in fantastic-looking places.”

For more information, or for sponsorship opportunities, please contact Alexia Sciplino at awards@tric.org.uk