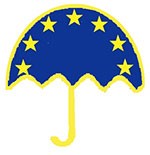 The EU’s Unified Patent Court (UPC) is to be based in London when it is formally set up next year.

Secondary legislation to amend the UK’s Patents Act was debated in Parliament at the beginning of this month, and the UK will formally ratify the Court Agreement later this year.

The case management system has been developed with prospective users via workshops across Europe allowing legal and business representatives to try out the system and comment on it. The Court will finally come into being in 2017.

There has been agreement on the court fees schedule; support for SMEs; the levels of recoverable costs; a set of rules for the registry and the advisory committee; guidelines for assessing the value of a case; and Rules of Procedure. Work is ongoing to finalise judicial terms and conditions and flexibility on ways of working.

The UPC will deal with disputes relating to the new unitary patent (European Patent with Unitary Effect) – a single patent that avoids the costs of validating a patent in individual countries. It will also hear disputes relating to European patents granted under the current system, although it will be possible for owners of such patents to opt out of the UPC’s jurisdiction.

It is expected that the UPC fees will be far cheaper than paying for parallel litigation in multiple jurisdictions.