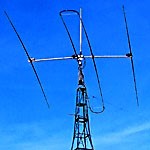 The new Radio Equipment Directive (RED) will supersede the R&TTE Directive from 13 June 2016.

We are expecting the European Commission to issue some guidance towards the end of this year.

AMDEA has been asking questions on behalf of our members as it is not clear whether items such as RFID tags and inductive charging appliances will be in scope. Also, many appliances are now being fitted with radio modules, i.e. washing machines and coffee makers that can be controlled by WiFi. It seems probable that such appliances would be covered by RED instead of the LVD and EMC Directives.