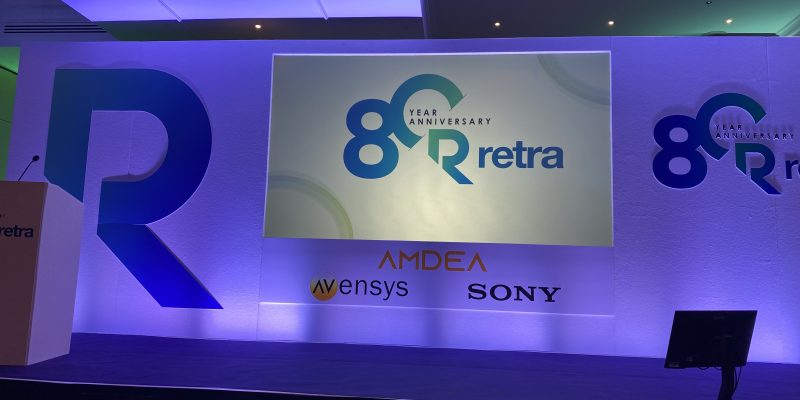 AMDEA was the main sponsor of this year’s Retra Conference, which celebrated 80 years of the electrical retailing trade association.

Themed around the Challenge of Change, speakers and panellists aired their views on hot topics including retailing in the ‘new normal’, sustainability, direct selling and the future of the high street.

Mr Hide used his speech to highlight the resilience of the appliance market during the Covid-19 pandemic.

He told delegates: “Many manufacturers and their retail partners have enjoyed record sales over the past two years and that is something that probably none of us would have predicted when we locked down for the first time two years ago.

“It is recognised that this strong growth cannot continue for ever. We must also face the 2022 realities of global supply disruptions, microchip and semiconductor shortages, inflationary price rises and record levels of squeeze on household disposable incomes.”

Mr Hide added: “Manufacturers are well aware how frustrating product shortages and lack of exact incoming dates can be, but these are global issues, outside of any one manufacturer’s control, so don’t always shoot the messengers.

“Together, we are an incredibly resilient sector, high on the ‘essential’ list for the majority of households, and AMDEA expects to see a market opportunity this year very similar to the past two in sales volume and probably higher in terms of value, due to enforced increased selling prices, so while supply is finite, data proves that supply has grown, not fallen.”

In his opening keynote speech, Retra CEO, Howard Saycell, expressed his disappointment that electrical retailers weren’t classed as essential during the pandemic, but highlighted how Retra members had excelled themselves during the crisis.

“What was really encouraging during the whole pandemic was the creativity of the independents. When some of the big retailers closed their doors – some even stopped delivering and installing – our members stepped up to the plate,” he said.

Mr Saycell added: “Many managed to pivot their businesses quickly, ramping up their online strategy, introducing click and collect along with strict delivery and installation protocols.

“Manufacturers and suppliers played their part too, keeping supplies flowing and, in many cases, managing to increase them, even though their supply chains were under immense pressure. I want to thank the manufacturers and the buying groups for the job they did.”

On retailing in a post-Covid world, Mr Saycell commented: “Many independents have not only survived the pandemic but have also prospered because of their hard work and support from the industry.

“The pandemic also brought about shifts in consumer behaviour. Yes, of course there was exponential growth in online sales, but, at the same time, there was also a shift to shopping locally.”

He added: “It’s sad in one sense that it took a global pandemic for the consumer to realise the value of their local retailers but, having discovered them, it’s now up to the local retailers to keep them.”

The conference was chaired by journalist and broadcaster, Declan Curry, who also gave delegates his views on the state of the economy.

A celebratory networking event, which included an exhibition of Retra memorabilia from the past 80 years, took place on the evening before the conference. It was sponsored by Sony.