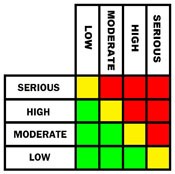 While the UK’s Consumer Rights Bill was being debated in Parliament there were proposals for amendments to address product recall issues. This is because the UK uses its consumer legislation to implement the provisions of the Low Voltage Directive, which governs the safety of electrical and electronic goods. However, the legal requirements for product recalls are specified by the General Product Safety Regulations 2005.

During the debate the Government announced that it would conduct a review of the “product recall process”. A set of questions was subsequently published with a response sought by the end of April 2015. The review is being chaired by the television presenter, Lynn Faulds Wood, and the quotation from the Minister, Jo Swinson, implies that the review will concentrate on safety recalls for products covered by the LVD, rather than recalls in general.

The questions are split into five topics – enforcement; information sharing; the role of business; consumer understanding; and the promise of future technology. AMDEA is preparing a response on behalf of our sector.