Fashion designer Zandra Rhodes has electricals recycling ‘in the bag’ 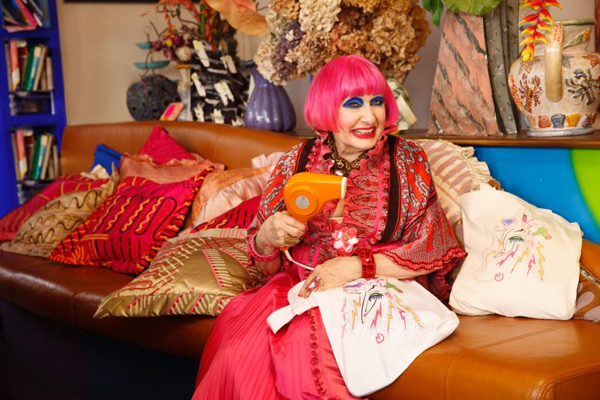 Fashion designer Zandra Rhodes has electricals recycling ‘in the bag’

Zero-waste campaigner and fashion designer Dame Zandra Rhodes has created a Recycle Your Electricals tote bag with proceeds from sales going to charity.

Featuring her trademark, colourful ‘fashion head’ illustration, it’s intended to act as an elegant solution to the task of gathering up your old electricals for reuse or recycling.

According to research carried out by UK-wide campaign, Recycle Your Electricals, the secret to recycling electricals is designating a bag to keep them in. Once electricals are ‘in the bag’ the battle is half won – then people say it’s much easier to sort them for donation or recycling at a later date.

The Zandra Rhodes tote bag, which can be purchased here, is made of ethically-sourced, organic cotton and is available in cream or white for £12. Profits from the sale of the bag go to Waste Aid – a charity for fighting poverty, pollution and climate change.

Of course you don’t have to buy a new bag to put your old electricals in – any bag will do as long as it’s quite strong, advises Recycle Your Electricals.

The initiative is part of a new Recycle Your Electricals campaign, which launched on April 29. Research carried out for the campaign showed that eight in 10 people have been decluttering in lockdown this year and nearly 60 per cent have confessed to secretly binning their partner’s hoarded treasure.